Introduction – From 2019 this article ticks two boxes that interest me. Discussions about what constitutes masculinity and an example of art used as a form of research. Given an assumption that the patrriarchy still dominates power, then ideas about what it is to be a man must lie at the centre of patriachal power. These ideas hurt everyone, including those men in power. Researching this through words and images are presented for witnessing, like quantitative research is submitted to peer review. The responce is ambiguous, personal, situational and emergent, like art. This is a great collection of photography and journalism as research.

Editor Nellie Eden explains the theme behind our latest campaign, exploring what it means to be a ‘man’ in 2019

Welcome to Behind The Masc: Rethinking Masculinity, a campaign dedicated to exploring what ‘masculinity’ means in 2019. With photo stories shot in Tokyo, India, New York, and London and in-depth features exploring mental health, older bodybuilders, and myths around masculinity – we present all the ways people around the world are redefining traditional tropes.

It might seem like an odd time to be celebrating masculinity. In 2019 we’ve birthed a whole new lexicon to explain our confusion over the status of modern manhood. We’re living in the age of toxic masculinity, #metoo and #menaretrash. It might seem even stranger that we, as a beauty platform, would turn our lens on men now. For many, beauty is a word still synonymous with the feminine, the cosmetic, and staid gender expectations. Of course, as a platform that’s always stood for challenging those notions, we’re looking beyond the prescribed set of ideas that swirl around manhood for our week: Behind The Masc: Rethinking Masculinity.

At a time when there are more words and ways to identify and express your sexuality and gender than ever before, we’re breaking out of the confines of traditional masculinity. We want to investigate; how is masculinity being reclaimed and reimagined? Who are the trailblazers pushing and prodding at the edges of the term to challenge its meaning? Is it simply a behaviour rather than something some of us are born with? What does a positive representation of masculinity look like, when we so often hear about the toxic?

For us, this campaign was about charging a global range of creatives and thinkers to playfully and thoughtfully stretch the parameters, vocabulary and acts that we’ve come to accept as ‘masculine’. After all, isn’t masculinity just a set of ideas that we’ve unconsciously inherited, internalised and sometimes uphold? It would seem that at times we unwittingly and voicelessly corroborate with one another that a prescribed set of things maketh the ‘man’. This shared idea of what archetypal masculinity looks like can often be traced back to advertising, marketing and most pertinently for us – imagery. It’s why we started with image-making when plotting Behind The Masc: Rethinking Masculinity.

If, like me, you grew up in the 90s, the spectrum of masculinity pretty much started with poster boys like Leonardo DiCaprio, LL Cool J through to Ryan from The OC, with a few boyband members dotted in-between and it ended with the raven-haired, muscle-ridden Wolf from Gladiators. For this moment, we’ve endeavoured to create a diverse visual document that might offer alternative views and realities of manhood, boyhood, femininity, and everything in between, from across the globe – now. We hope you’ll see things you didn’t expect from a week that ostensibly is focused on ‘men’.

This campaign is a survey and a spotlight that encompasses perspectives from men, women and non-binary people who are defining and defying what masculinity means to them, as well as individuals who defy categorisation all together. We’ve asked artists, writers, performers, and photographers to submit work that challenges the standardisation of masculinity within the beauty industry and implores the viewer to think about how we self fashion through the labels we’re given and the ones we choose to shake off.

“This campaign was about charging a global range of creatives and thinkers to playfully and thoughtfully stretch the parameters, vocabulary and acts that we’ve come to accept as ‘masculine’”

From photographer Kuba Ryniewicz and writer Devashish Gaur who travelled to Kerala in India to capture the practice of Kalari (a martial arts and fighting system practised by the warriors of Kerala and Tamil Nadu) to Monika Mogi who spent 24 hours in Tokyo with a group of young Japanese men. We also have the women of Transnistria (a small and obscure strip of land that borders Ukraine and came to be after the dissolution of the Soviet Union) documented by local photographer Anton Polyakov, plus the tight-knit skater boys of the Lower East Side shot by Bill Taylor, the pulsating muscle-men of Miami captured by Johnnie Chambers, and, closer to home self-identifying butch women from London photographed at home and at the gym by Jess Kohl – among other stories.

A Kristin Lee-Moolman-shot project sees her lens our contributing beauty editor Daniel Sällström – almost nude – bar some well-placed gaffer tape and snakes, yes, snakes, as a modern Medusa. In Daniel’s words: “When you look at this shoot I think it sends very mixed signals; certain features are very feminine, others very masculine. So, what does that provoke in people? I think that’s what’s so interesting with beauty: you can kind of take on this different persona just with a beat.”

Our editor-in-chief Bunny Kinney has directed the standalone video for our season of masculinity, named “Move Like A Man”. Bunny and myself wanted to create something around dance, and physicality, something kinetic in our otherwise more static document. We set a  brief to a group of dancers and choreographers to ‘move like a man’ in response to musician Obongjayar’s genius track “Endless” – that he kindly lent us for the project – with the idea that masculinity is a learnt behavioural system and that we can all be playful within that, whatever our given gender. The result is hair-raising, shot entirely on mobile phone – an intimate look at a new kind of masculinity straight from the bodies of the creatives pushing the boundaries of gender in their day to day lives and crafts.

“To us, masculinity is whatever you want it to be. It’s something that’s in a joyful state of flux, and not as we were taught growing up, etched in some ancient stone on a hillside somewhere in Greece”

To us, masculinity is whatever you want it to be. It’s something that’s in a joyful state of flux, and not as we were taught growing up, etched in some ancient stone on a hillside somewhere in Greece. As writer JJ Bola says in his soon to be released book, Mask Off (of which we’ve run an excerpt so have a read) “how often have you heard a phrase that sounded like a real man takes care of his kids, or a real man doesn’t cheat on his partner or a real man pays for everything or anything else that starts with ‘real man’ (or ‘real men’) and then continues with a set of stipulations for a particular act? There is no such thing as a ‘real man’.

With that feeling in mind, a huge thank you to our contributors (not all of whom are listed). We hope this moment is an energising and optimistic one. This was an opportunity not just for our contributors, but also for you, our audience to explore what masculinity means to you now in 2019. So we asked you to contribute too. Read the findings from the audience census we ran on Instagram here and find all our Behind The Masc: Rethinking Masculinity stories here.

There is no such thing as real masculinity, we only have our imagination and where that leads us.

Read more from Behind The Masc: Rethinking Masculinity here. 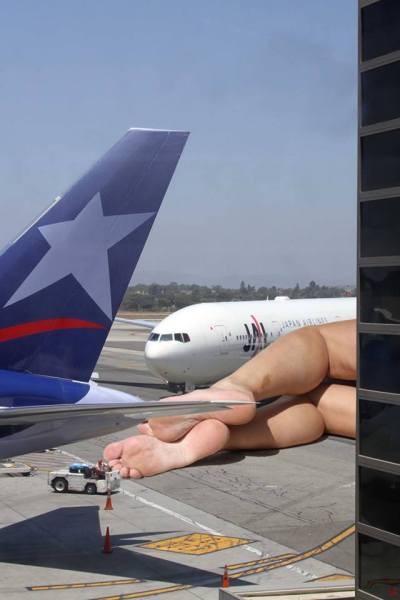 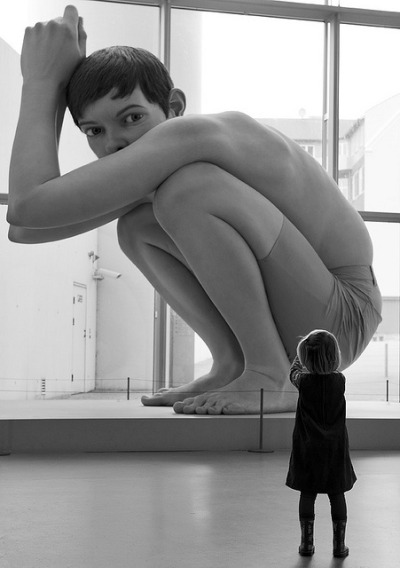 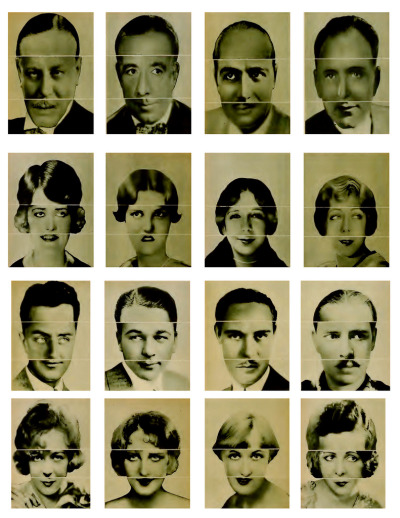 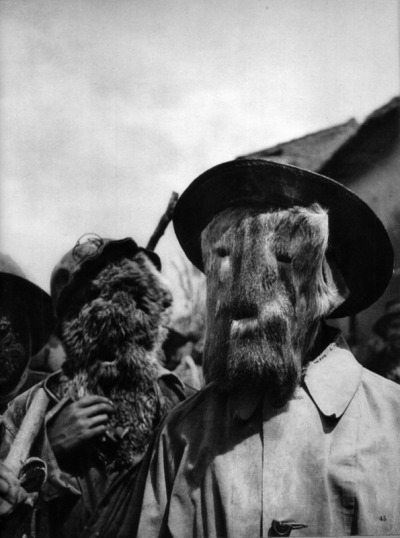 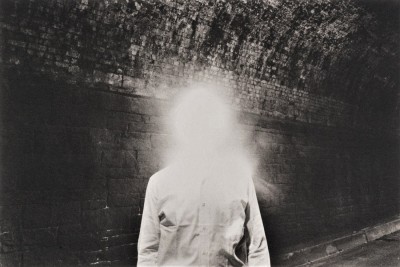 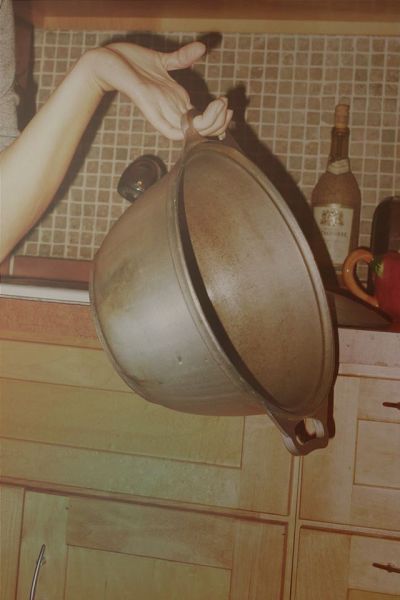 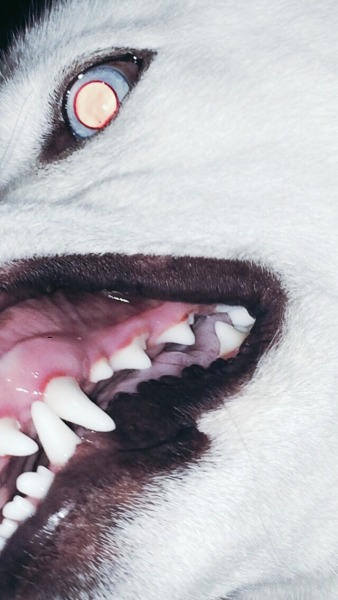 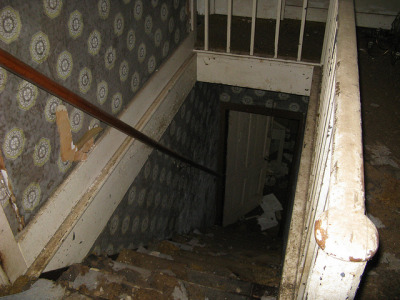