Extract – Coming from the world of outdoor and experiential learning and then the arts and the arts therapies, it seems clear that we think with our bodies as well as our brains. Dancers and climbers both do this. As do joiners and sculptors, painters and decorators and artists. Art as research or art a way of exploring and expressing personal experience connects directly to embodied cognition, but the output of exploration or research is art and experience. If we are seeking models for understanding art-making experiences and or outdoor experiences, embodied cognition is a kind of conduit to shift ideas from one context to another.

Embodied cognition, the idea that the mind is not only connected to the body but that the body influences the mind, is one of the more counter-intuitive ideas in cognitive science. In sharp contrast is dualism, a theory of mind famously put forth by Rene Descartes in the 17th century when he claimed that “there is a great difference between mind and body, inasmuch as body is by nature always divisible, and the mind is entirely indivisible… the mind or soul of man is entirely different from the body.” In the proceeding centuries, the notion of the disembodied mind flourished. From it, western thought developed two basic ideas: reason is disembodied because the mind is disembodied and reason is transcendent and universal. However, as George Lakoff and Rafeal Núñez explain:

Cognitive science calls this entire philosophical worldview into serious question on empirical grounds… [the mind] arises from the nature of our brains, bodies, and bodily experiences. This is not just the innocuous and obvious claim that we need a body to reason; rather, it is the striking claim that the very structure of reason itself comes from the details of our embodiment… Thus, to understand reason we must understand the details of our visual system, our motor system, and the general mechanism of neural binding.

What exactly does this mean? It means that our cognition isn’t confined to our cortices. That is, our cognition is influenced, perhaps determined by, our experiences in the physical world. This is why we say that something is “over our heads” to express the idea that we do not understand; we are drawing upon the physical inability to not see something over our heads and the mental feeling of uncertainty. Or why we understand warmth with affection; as infants and children the subjective judgment of affection almost always corresponded with the sensation of warmth, thus giving way to metaphors such as “I’m warming up to her.”

Embodied cognition has a relatively short history. Its intellectual roots date back to early 20th century philosophers Martin Heidegger, Maurice Merleau-Ponty and John Dewey and it has only been studied empirically in the last few decades. One of the key figures to empirically study embodiment is University of California at Berkeley professor George Lakoff.

Lakoff was kind enough to field some questions over a recent phone conversation, where I learned about his interesting history first hand. After taking linguistic courses in the 1960s under Chomsky at MIT, where he eventually majored in English and Mathematics, he studied linguistics in grad school at Indiana University. It was a different world back then, he explained, “it was the beginning of computer science and A.I and the idea that thought could be described with formal logic dominated much of philosophical thinking. Turing machines were popular discussion topics, and the brain was widely understood as a digital computational device.” Essentially, the mind was thought of as a computer program separate from the body with the brain as general-purpose hardware.

Chomsky’s theory of language as a series of meaningless symbols fit this paradigm. It was a view of language in which grammar was independent of meaning or communication. In contrast, Lakoff found examples showing that grammar was depended of meaning in 1963. From this observation he constructed a theory called Generative Semantics, which was also disembodied, where logical structures were built into grammar itself.

To be sure, cognitive scientists weren’t dualists like Descartes – they didn’t actually believe that the mind was physically separate from the body – but they didn’t think that the body influenced cognition. And it was during this time – throughout the 60s and 70s -Lakoff realized the flaws of thinking about the mind as a computer and began studying embodiment.

The tipping point came after attending four talks that hinted at embodied language at Berkeley in the summer of 1975. In his words, they forced him to “give up and rethink linguistics and the brain.” This prompted him and a group of colleagues to start cognitive linguistics, which contrary to Chomskyan theory and the entire mind as a computer paradigm, held that “semantics arose from the nature of the body.” Then, in 1978, he “discovered that we think metaphorically,” and spent the next year gathering as many metaphors as he could find.

Many cognitive scientists accepted his work on metaphors though it opposed much of mainstream thought in philosophy and linguistics. He caught a break on January 2nd 1979, when he got a call from Mark Johnson, who informed him that he was coming to Berkeley to replace someone in the philosophy department for six months. Johnson had just gotten his PhD from Chicago where he studied continental philosophy and called Lakoff to see if he was interested in studying metaphors. What came next was one of the more groundbreaking books in cognitive science. After co-writing a paper for the journal of philosophy in the spring of 1979, Lakoff and Johnson began working on Metaphors We Live By, and managed to finish it three months later.

Their book extensively examined how, when and why we use metaphors. Here are a few examples. We understand control as being UP and being subject to control as being DOWN: We say, “I have control over him,” “I am on top of the situation,” “He’s at the height of his power,” and, “He ranks above me in strength,” “He is under my control,” and “His power is on the decline.” Similarly, we describe love as being a physical force: “I could feel the electricity between us,” “There were sparks,” and “They gravitated to each other immediately.” Some of their examples reflected embodied experience. For example, Happy is Up and Sad is Down, as in “I’m feeling up today,” and “I’m feel down in the dumps.” These metaphors are based on the physiology of emotions, which researchers such as Paul Eckman have discovered. It’s no surprise, then, that around the world, people who are happy tend to smile and perk up while people who are sad tend to droop.

Metaphors We Live By was a game changer. Not only did it illustrate how prevalent metaphors are in everyday language, it also suggested that a lot of the major tenets of western thought, including the idea that reason is conscious and passionless and that language is separate from the body aside from the organs of speech and hearing, were incorrect. In brief, it demonstrated that “our ordinary conceptual system, in terms of which we both think and act, is fundamentally metaphorical in nature.”

After Metaphors We Live By was published, embodiment slowly gained momentum in academia. In the 1990s dissertations by Christopher Johnson, Joseph Grady and Srini Narayanan led to a neural theory of primary metaphors. They argued that much of our language comes from physical interactions during the first several years of life, as the Affection is Warmth metaphor illustrated. There are many other examples; we equate up with control and down with being controlled because stronger people and objects tend to control us, and we understand anger metaphorically in terms of heat pressure and loss of physical control because when we are angry our physiology changes e.g., skin temperature increases, heart beat rises and physical control becomes more difficult.

This and other work prompted Lakoff and Johnson to publish Philosophy in the Flesh, a six hundred-page giant that challenges the foundations of western philosophy by discussing whole systems of embodied metaphors in great detail and furthermore arguing that philosophical theories themselves are constructed metaphorically. Specifically, they argued that the mind is inherently embodied, thought is mostly unconscious and abstract concepts are largely metaphorical. What’s left is the idea that reason is not based on abstract laws because cognition is grounded in bodily experience (A few years later Lakoff teamed with Rafael Núñez to publish Where Mathematics Comes From to argue at great length that higher mathematics is also grounded in the body and embodied metaphorical thought).

As Lakoff points out, metaphors are more than mere language and literary devices, they are conceptual in nature and represented physically in the brain. As a result, such metaphorical brain circuitry can affect behavior. For example, in a study done by Yale psychologist John Bargh, participants holding warm as opposed to cold cups of coffee were more likely to judge a confederate as trustworthy after only a brief interaction. Similarly, at the University of Toronto, “subjects were asked to remember a time when they were either socially accepted or socially snubbed. Those with warm memories of acceptance judged the room to be 5 degrees warmer on the average than those who remembered being coldly snubbed. Another effect of Affection Is Warmth.” This means that we both physically and literary “warm up” to people.

The last few years have seen many complementary studies, all of which are grounded in primary experiences:

• Those who held heavier clipboards judged currencies to be more valuable and their opinions and leaders to be more important. Important is Heavy.

• Subjects asked to think about a moral transgression like adultery or cheating on a test were more likely to request an antiseptic cloth after the experiment than those who had thought about good deeds. Morality is Purity

Studies like these confirm Lakoff’s initial hunch – that our rationality is greatly influenced by our bodies in large part via an extensive system of metaphorical thought. How will the observation that ideas are shaped by the body help us to better understand the brain in the future?

I also spoke with Term Assistant Professor of Psychology Joshua Davis, who teaches at Barnard College and focuses on embodiment. I asked Davis what the future of embodiment studies looks like (he is relatively new to the game, having received his PhD in 2008). He explained to me that although “a lot of the ideas of embodiment have been around for a few decades, they’ve hit a critical mass… whereas sensory inputs and motor outputs were secondary, we now see them as integral to cognitive processes.” This is not to deny computational theories, or even behaviorism, as Davis said, “behaviorism and computational theories will still be valuable,” but, “I see embodiment as a new paradigm that we are shifting towards.”

What exactly will this paradigm look like? It’s unclear. But I was excited to hear from Lakoff that he is trying to “bring together neuroscience with the neural theory of language and thought,” through a new brain language and thought center at Berkeley. Hopefully his work there, along with the work of young professors like Davis, will allow us to understand the brain as part of a much greater dynamic system that isn’t confined to our cortices.

The author would like to personally thank Professors Lakoff and Davis for their time, thoughts, and insights. It was a real pleasure. 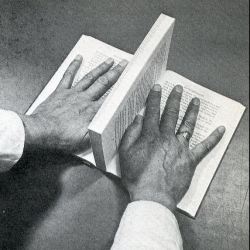 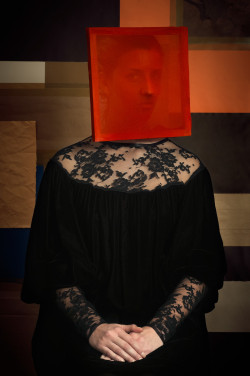 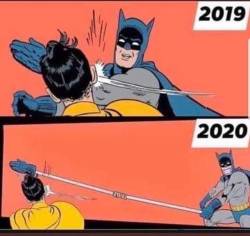 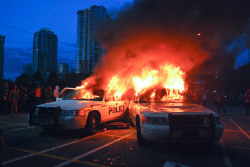 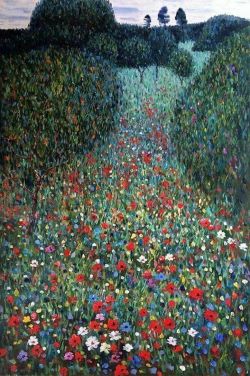 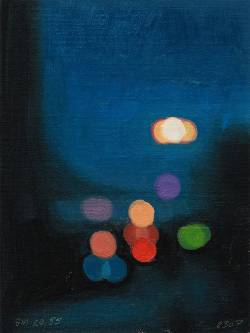 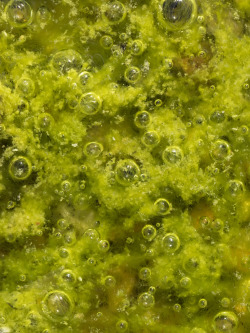